Paradox. A word that came my way in 2004 in the middle of a family crisis. I was teaching in a private Christian school in a small rural American community when severe mental illness entered my safe secure and near perfect world. Everything I ever thought was certain and true was in question.

Our family had been meeting with a local psychologist for over year which in itself was a real stretch for us as Evangelical Christians sure of the one and only truth. The professional who had referred us to this doctor prefaced doing so with, “You guys are a strong family, you will breeze through this.” Trust me, mental illness could care less how strong or right your family’s path may be. We did not breeze through one damn thing. Instead we realized that in order for her to recover, we would have to get used to life in a hurricane and hope like hell we could find the center now and then for a break. It’s so freeing for me to add those swear words because truly, they are the only appropriate words for such a time.

As time went on and our world continued to disintegrate, I continued to find myself living in a world of opposites that were BOTH true and lifesaving. My Midwest Conservative Christian worldview took hit after hit after hit and each hit brought new life and hope to my husband and I. At times it was downright joyful to live in the place of paradox something Dickens understood well.

One day while visiting my daughter while she was in residential treatment, we went to a bookstore and I landed upon a book by Parker J. Palmer called The Courage to Teach. While finding much of the material speaking to my vocational interests, the concept of paradox described by Parker Palmer, hit the nail on the head and became a permanent guide for my life. In his April, 2014, OnBeing column, Parker described how the reality of paradox continues to guide him.

If I didn’t have the idea of “holding paradox” to help me understand myself and the world around me, I’d be more lost than I am! For me, holding paradox means thinking about some (but not all) things as “both-ands” instead of “either-ors.”

The personal experiences with paradox that guided me through those difficult days continues to guide me now. At the same time, staying in that place of tension can be very difficult in a world that seems to be ripping apart as the days go by. Simply for a sense of security, I find myself wanting to adopt a worldview that is full of absolutes about right or wrong. I find myself wanting someone else to tell me that everything is going to be okay. I want to adopt an all or nothing, either or perspective so desperately right now. But I cannot. 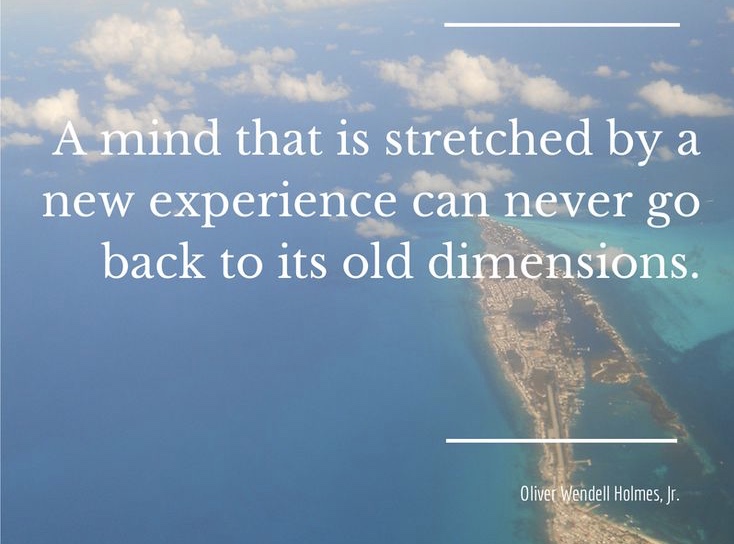 America is a country wrestling with paradox.  We are rural and urban, we are mystics and scientists, we are male and female, gay and straight, and white and colored, Christian and not. I believe that holding the tension that these opposites create is possible in this great land of ours but my experience lends me to conclude that doing so is rarely possible without some fairly intense introspection. The willingness to participate in that kind of introspection, however, seems to only come from seasons of intense suffering.

I know that I would never have considered any view other than that approved by my worldview’s black/white, all/nothing litmus test. Had I not been in the crucible created by the realities of my daughter’s mental illnesses,  I would never have been able to hold on to the reality of who I knew my daughter actually was when her brain was misfiring and responding to the depths of trauma buried within it from her very difficult time in my womb and being born 3 months early. I would not have evaluated the very real dysfunctions in my self, family, church and overall culture that were contributing to her inability to heal.

I sincerely believe that if our politics hold us captive to an either/or, all/nothing, black/white security, we will eventually self destruct as American citizens. America was an experiment and seems to remain one in 2017.  Please join me in considering that the only way through is for a deeper understanding of one’s self and the power of creatively holding the tension between opposites. Paradox.